Ellsworth Storey was born in Chicago, IL. He began studies at the University of Illinois at Champaign-Urbana in 1898; he and his family spent over a year traveling abroad in Europe and the Middle East. He moved to Seattle, WA, in 1903 after graduation from college.  With his bride, Phoebe Mulliken, he moved into one of the best-loved Storey houses in Seattle.  He built 2 attached homes on Dorffel Drive in the Denny Blaine Neighborhood overlooking Lake Washington.  Storey's retired parents, Henry Clifford and Mary Lavinia Storey, lived in one house, and Ellsworth and Phoebe raised their two daughters, Eunice and Priscilla, in the other.  During the Depression Storey designed the buildings and lookout tower in Moran State Park on Orcas Island.  He retired in the late ‘40’s.

Work History: Principal, Ellsworth Storey, Architect, Seattle, WA, 1904-1937; in 1918, Storey operated his architectural office in Room 642 of the New York Block. His obituary in the Seattle Times indicated that Storey worked until 1952. 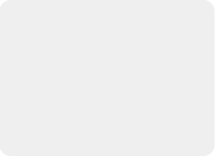